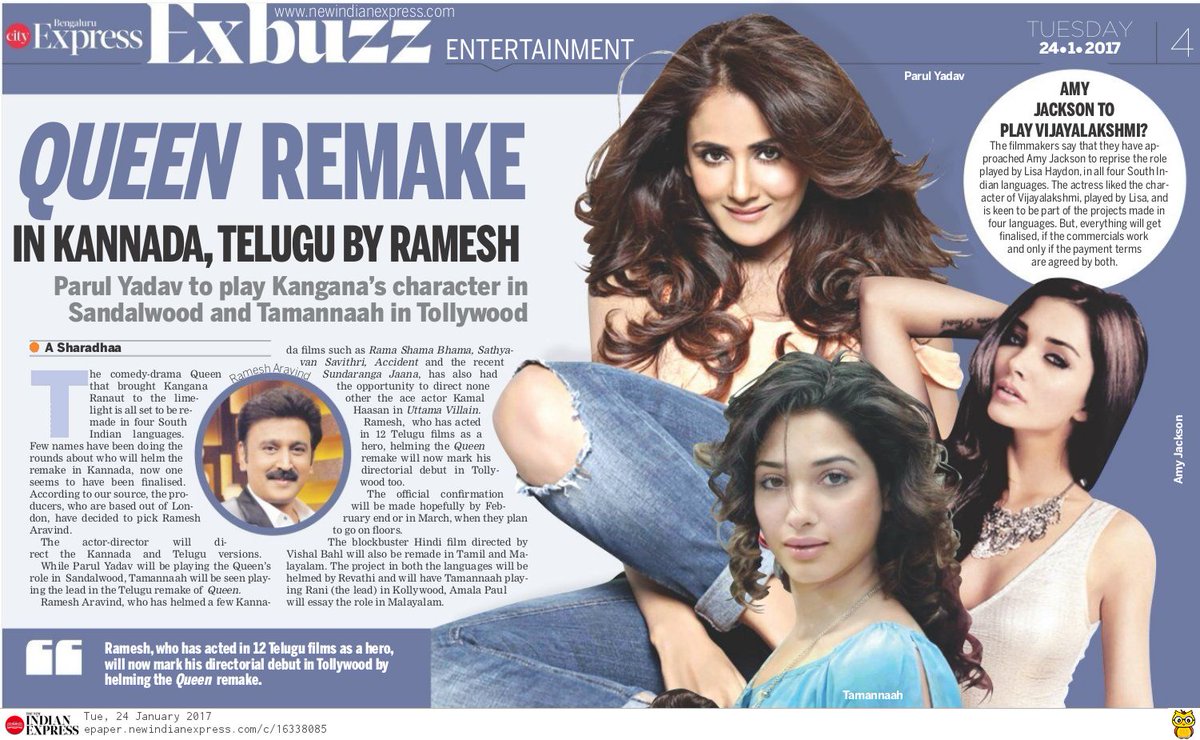 Heard that some stray dogs have bitten parul yadav
A 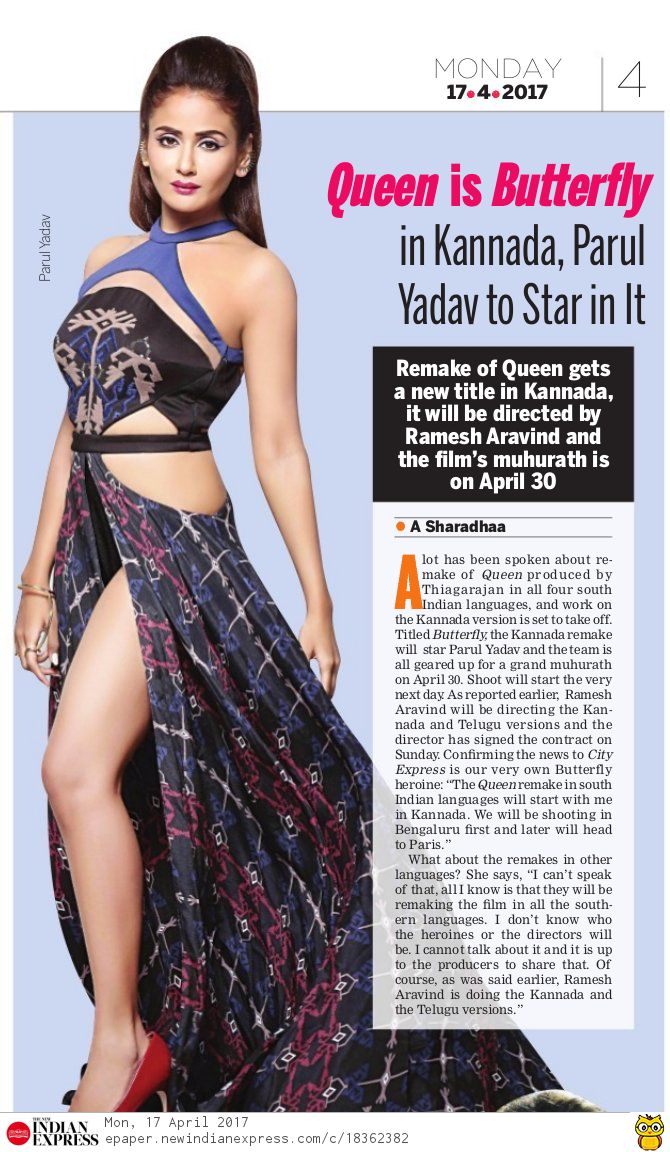 Parul Yadav was chosen to essay the role originally played by Kangana Ranaut in the remake of Queen in Kannada. The film, titled Butterfly, to be directed by actor-director Ramesh Aravind, is being officially launched today on Parul's birthday. The latest is, south star Amy Jackson, who has been roped in to play the role played by Lisa Haydon in the Hindi version, in all four south Indian language remakes of the film, is also expected to join the launch celebrations in the city today. "It is a trend in the industry to launch films on a film star's birthday, However, the privilege of this honour is usually reserved solely for male actors. Now, with this film being launched on my birthday, the trend takes a different turn as this film is being launched on my birthday," says Parul. The fact that this is taking place for a women-oriented film where the hero of the film is in fact the heroine makes it an apt move.